Friday night was set to be a great night of music as Skid Row and Vixen were in town to perform a sold out show at the Snoqualmie Casino. I have always been a huge fan of Skid Row and Vixen so the opportunity to see them both in one night had me very eager for the show. Add a beautiful night at the outdoor venue at the Snoqualmie Casino and great lighting and the night was set up to be spectacular.

The night started with Vixen and three of their four original members. Tragically, Jan Kuehnemund, founder and lead guitarist of Vixen lost her battle with cancer in 2013. The other band members decided to honor Jan by carrying on the band and the legacy of great female made rock music. The band opened with “Rev It Up”, one of the hits from the album of the same name. Vocalist Janet Gardnersounded great throughout the whole set. She just released her first self titled solo album Janet Gardneron Friday as well and it has been getting rave reviews from critics so far. The rest of the night was classic Vixen. They effortlessly performed hits like “Edge of a Broken Heart”, “How Much Love” and “Streets of Paradise” amongst other great songs. I never had the opportunity to see Vixen before Friday night and this was definitely on my bucket list. Thank you for a great show ladies. I hope to see you again in the near future.

Next were the headliners Skid Row. In my opinion, their first two albums Skid Row and Slave to the Grind are among the finest metal albums released in the MTV era of metal. As you all know, Sebastian Bach exited as vocalist of Skid Row some time ago and late last year Skid Row announced the new permanent vocalist as ZP Theart, formerly of DragonForce, who toured with Skid Row as their vocalist during their 2016 tour. He was spectacular on vocals. Skid Row opened with “Slave to the Grind” and then proceeded to crush with one hit after another. “Sweet Little Sister” was great to hear live and then a couple songs later it was “18 and Life” and the place exploded. It gave me goosebumps how good it sounded. I felt like I was back in 1989 seeing the band for the first time live. Other highlights included “Monkey Business”, “I Remember You” and “Youth Gone Wild”. I honestly had forgotten how awesome Skid Row is. When it was over I was exhausted from photographing, headbanging and singing along all at the same time. The show was spectacular. This band is a good time, great sounding and a show I can’t recommend enough to you to go see.

After the show I had a chance to talk with ZP Theart. He expressed how excited he was to be in Skid Row and looking forward to more shows to come. He said the tour had been very successful with a lot of sold out shows. We continued to talk about metal in general and the resurgence we are seeing of 80’s metal bands which is great. I thanked him for a great show and off I went already reminiscing in my mind how great a time I just had.

Celebrating the 30th anniversary of Slave To The Grind!

Skid Row to share the stage with Alice Cooper 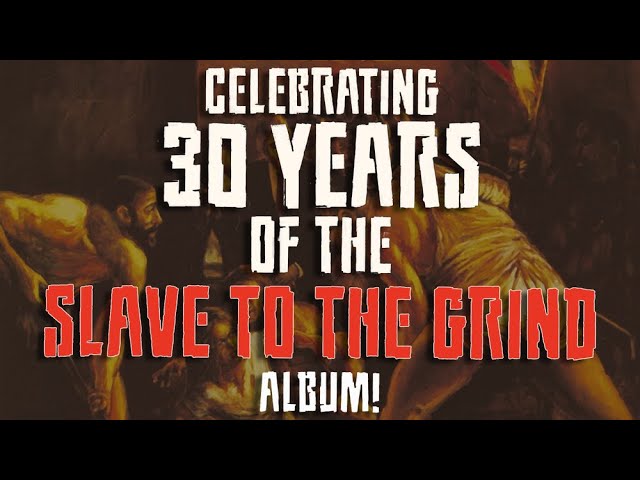